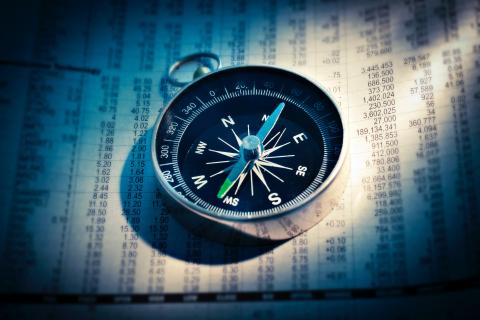 MARKETS GET A REPRIEVE FROM HEADLINE VOLATILITY

Anticipation of a preliminary trade deal with China continued its positive impact on U.S. equity markets in October. Such a deal would ease tensions ahead of more controversial issues, and ultimately lay the foundation for a bigger pact; that’s how the market is pricing it, at least. The Federal Reserve made its third and presumed final cut of its policy pivot, signaling a hiatus while the storm clouds abate. This is mostly priced in and had a lesser impact on markets than preceding months. Third quarter earnings season kicked off with better-than-feared results, yet marked three consecutive quarters of declining earnings, despite a still-healthy boost from share buybacks. According to S&P Dow Jones, a growing number of S&P 500 companies are reporting at least a 4% boost to EPS from buybacks. Meanwhile, forward earnings estimates continue their downward trajectory, resulting in ever-richer valuations. As of November 15, the S&P 500’s forward 12-month P/E ratio stood at 17.5, above its five-year average of 16.6 during a time of great uncertainty.